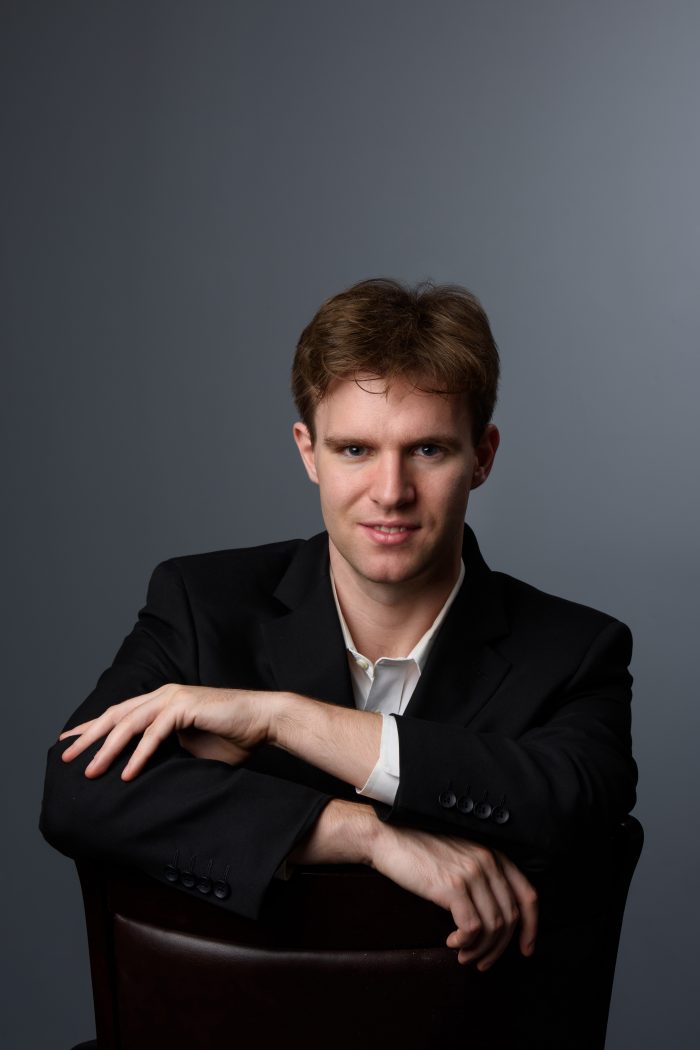 Pianist Eric Clark has performed to great acclaim throughout much of the United States as well as in Europe and Asia. Praising his debut performance of Stravinsky’s Petrouchka at the International Piano Series in Charleston, South Carolina, Charleston Today wrote: “Clark managed brilliant execution throughout, perfectly capturing Stravinsky’s ingeniously quirky structures and headlong rhythmic drive.”

In 2019, Eric received honorable mention in the International Chopin Competition of Hartford, second prize of the Paderewski International Competition in Farmington, Connecticut, semi-finalist in the American International Piano Competition and Festival in Washington DC. Orchestral performances include the Chopin Concerto No. 2 with the Rockland Symphony Orchestra and the Beethoven Triple Concerto with the QueensboroSymphony Orchestra in Ridgewood, NJ. During the summer of 2019, Eric attended the Tel Hai Masterclass in Israel on scholarship, and worked with Andrei Gavrilov in Zürich, Switzerland.

In September of 2018, Mr. Clark was invited as the only American contestant to attend the First International Chopin Competition on Period Instruments in Warsaw, Poland, where he was admitted to the semifinal round. He was subsequently invited to give a recital at the Sinfonia Warsawia performance space.  During the concert seasons of 2014-2016, Eric collaborated regularly with violinist Artur Kaganovskiy in many chamber music concerts, performing throughout much of the east coast.

In 2014, Eric gave two performances of the Grieg Piano Concerto in A Minor with the Space Coast Symphony conducted by Michael Hall, taking place in Vero Beach and Melbourne, Florida. New York City concerts include Rockefeller University for which Mr. Clark was selected to perform for the screening round of the Fourteenth Van Cliburn International Piano Competition and the prestigious Concerts at One series at Trinity Wall Street. The New York-based music blog Lucid Culture praised Eric’s interpretation of Liszt’s Years of Pilgrimage: Italy, remarking, “It’s not often that audiences get to hear the thoughtful side of Liszt: Kudos to Clark for delivering it with grace and, if anything, understatement.”

A fascination with Cuban music led to a trio performance at Weill Recital Hall, sponsored by the Cuban Cultural Center of New York. Mr. Clark’s interest in Jazz prompted a benefit concert of his own arrangements of jazz standards with soprano Emily Righter in Baltimore, where over $52,000 was raised for the local homeless. Eric also performed a benefit concert at the Ahaus Castle in Germany, which raised over $5,000 for Haiti earthquake relief efforts. Eric Clark is a graduate of Carnegie Mellon University, where he studied with Enrique Graf, Sergey Schepkin and coached occasionally with Earl Wild and IlanaVered. He has also had coachings with Byron Janis, Juana Zayas, Ann Schein, and Jerome Lowenthal.

In 2012, Eric was invited to Musicfest Perugia, where he performed Saint-Saens Concerto No. 2 under the baton of maestro Sergei Babayan.

In 2010 Eric was invited to perform the Tchaikovsky Piano Concerto No. 1 with the Carnegie Mellon Philharmonic conducted by Ronald Zollman as the first-prize winner of the University’s Concerto Competition.

A passionate advocate of new music, Mr. Clark commissioned a solo piano work by fellow Carnegie Mellon University graduate Christian Kriegeskotte. Entitled “Le Mat- XXII Arcana,” this ambitious work is a cycle of twenty-two pieces, each based on one of the twenty-two “major arcana” of the tarot. Le Mat iscurrently available for download on iTunes, Spotify, and Soundcloud.

Mr. Clark is also an accomplished visual artist, whose drawings and paintings have won awards at New Jersey arts festivals. Eric Clark currently resides in Bergen County, New Jersey, where he maintains a studio of private students. Eric has served as the organist at Arcola United Methodist Church in Paramus since September of 2012, and as the pianist for Temple Emeth in Teaneck, NJ, where he has worked since fall of 2016.