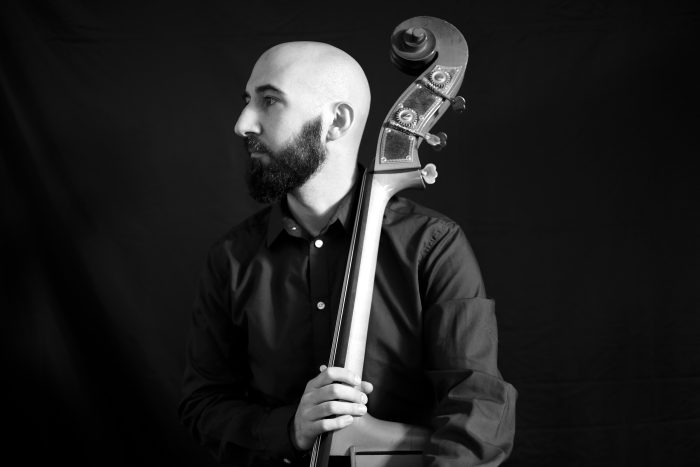 Born in Buenos Aires, Argentina, Pablo Lanouguere is an active musician and composer based out in New York City. As a sought after musician, he regularly plays with renowned artists and bands of Tango, Jazz, Latin-Jazz, Swing, Salsa, Classical and World Music.

He has played at some of the most important venues in NYC such as Carnegie Hall, Lincoln Center, The National Sawdust, Zinc Bar, Bryant Park Music Festival, SOB’S, Flatiron Room, Puffin Cultural Forum, DROM, ShapeShifter Lab, The Falcon, Rockwood Music Hall, The Bitter End, The Django, among others.

Over the past few years, Mr. Lanouguere has collaborated with artists such as The Queen’s Cartoonists, Raul Jaurena, Fernando Otero, Daniel Binelli & Astoria Tango Orchestra, Adam Tully, Emilio Solla, Emiliano Messiez and Federico Diaz. Additionally, he has also toured around the US with several American & Argentine bands.

Since 2016 he is founding member and producer of Abaddon, a traditional Tango Sextet based in New York City. He produced the album released by the Sextet, “Airoso”.

Since 2019 he is also founding member and producer of Colectivo Tangente, a collective of composers from Latin America that focuses on releasing original music and engaging with immigrant communities in NYC. He produced a series of singles released by the collective between 2021-2022.

In 2021 he started the Tango Quartet “Underground Tango Ensemble” and produced the album released by this band titled “El Charrua”.

In 2011 he released an album in collaboration with other artists in a band called “Triple P”. Such album titled “Ojo De Perro” contained 5 pieces by mr. Lanouguere.

Since 2019, he leads the “Pablo Lanouguere Quintet” group which he released his first album as a bandleader, called “Eclectico” (Piano Piano Records). The Album features 11 compositions by him, plus an arrangement of a traditional folkloric piece from Argentina.

I’ve been teaching Bass(Upright & Electric), music theory and harmony for the past 15 years. I focus my teaching on creating a fun approach to the instrument, focusing on developing the skills needed to play, while at the same time having the best time possible. I have taught students form all ages, from toddlers to adults.

In 2021 he was awarded a grant by “Cafe Royal Cultural Foundation” (www.caferoyalculturalfoundation.org) to entirely produce his second album, titled “Altar”, to be released in July 2022.

In 2021 he was awarded a grant by NYFA City Artists Corps to produce and perform a show with his quintet in New York City.

Lessons will planned according to the student’s level and needs.